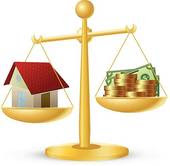 Despite compliance in excess of 70% with the Household tax in Dublin City the Government withheld more than €1million in funding from Dublin City Council in 2012. This had a real impact on services.

The Fianna Fail group are opposed to the Governments property tax. We believe it is unfair, uncollectible and undermines local Government. We are concerned that the City Councils ability to deliver services in 2013 will be compromised by uncertainty over next year’s funding and have requested confirmation of funding for Dublin City.
On November 26th 2012 Dublin City Councillors met to consider the City Managers proposed 2013 Dublin City budget. At the budget meeting the Fianna Fail group proposed deferring taking any decision on the City Managers draft budget until after the National Budget was announced on December 5th. We proposed the deferral because the National Budget would have a significant impact on the City Budget, through the Local Government Fund, the property tax and the non principle private residence tax.

Even though legally and practically there was plenty of time to allow for this deferral Labour and Fine Gael Councillors rejected this proposal and went ahead and approved a city budget. That was bad governance and bad practice.

Following on from the national budget I requested an update from Dublin City Council’s Head of Finance on the implications of the National Budget on the City Council €800million Budget. Specifically I have sought confirmation of the local government fund allocation to Dublin City Council for 2013, how much the announced property tax is expected to generate in Dublin City and what impact the budget will have on the NPPR forecast for DCC next year?