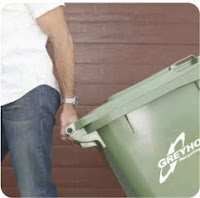 Fianna Fáil Group Leader on Dublin City Council, Councillor Mary Fitzpatrick has called on the Minister for Environment, Community and Local Government Phil Hogan to immediately intervene in the dispute over waste collection in Dublin City.

Councillor Fitzpatrick said: “It is now clear that only direct intervention from Minister Hogan can bring about a resolution to this fiasco and provide answers to the abysmal handling of this by the City Manager. The Minister has to conduct an inquiry into how the contract was awarded to Greyhound Recycling. There is no transparency around this deal which has effectively created a private monopoly in the capital and gifted a private company, incorporated in a foreign jurisdiction, €14 million in revenue from day one. The City Manager has refused to provide me with the details of the contract, yet he has paid the discredited accountants of the former Anglo Irish Bank, Ernst and Young, a quarter of a million euro to advise him on this deal. The manner in which this issue has been driven forward without the approval of the elected representatives on Dublin City Council has been extraordinary. The Manager has disposed of the asset that is the waste collection service and it hasn’t been accounted for in the City Council’s most recent financial statement. There was no public tender process and the Manager’s explanation is that he simply disposed of an asset.

I have discussed this issue in detail with my Party Leader Micheál Martin and our Environment Spokesperson Niall Collins. At a time when Minister Hogan is asking householders to pay a household tax to fund local government he should be prepared to intervene here and investigate the circumstances surrounding privatisation of the waste collection service in the city. The difficulties around collection must be addressed and I welcome today’s collection but there are very significant questions that must be answered and it is only Minister Hogan who can secure.”

Click HERE for all my recent blogs on this issue, Mary.