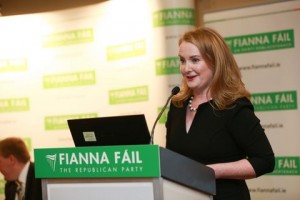 From the outset I believed the “Gender quota” legislation introduced by Minister Phil Hogan on behalf of this Government was fundamentally flawed.  It is a poor response to the under representation of women in the Dáil.  It requires all political parties to field minimum 30% female candidates at the next General Election or face a significant cut in its state funding.   It financially rewards political parties to select women to contest elections.  Yet it does not incentivize political parties to help them be elected.  Nor does it address any of the real barriers to women getting elected to our parliament like network, mentoring, practical campaign support, financing and childcare.

The legislation creates the perverse dynamic where political parties will be rewarded with public money even if fewer women are elected in the next Dáil.

Females have never accounted for more than 15% of all TDs elected to any Dail.  A de facto male parliamentary monopoly is inconsistent with the values of any modern democratic republic but with a historic minimum 85% male representation in our parliament that’s what we have.  Ireland ranks an embarrassing 22nd out of 27 EU States for equality of representation in parliament.

As a republican it offends me that that women are so unequally represented in our parliament.  Through my own political experience I know what it is like to fight for a place on the political ladder. I am very familiar with the barriers that face both women and men in seeking elective office in this country. I believe that we have to move to a more equal society not just in politics but in business, the arts and all areas of human endeavour.

The Governments “Gender Quota” legislation is fundamentally flawed because it will not guarantee even one extra female representative in the next Dail.

The Governments “Gender Quota” legislation is totally counter-productive because it encourages political parties to use females to contest seats so the male dominated political parties can secure future funding for their de facto monopoly. This deliberate political electoral abuse of females should be condemned and rejected.

The Governments “Gender Quota” legislation is an attack on democracy because it causes perverse behaviour like that witnessed at the Fine Gael convention in Dublin Bay North where Richard Bruton a proven, successful and democratically elected candidate was rejected in favour of an unsuccessful female one.

The Governments “Gender Quota” legislation pretends to address the serious issue of female underrepresentation in our electoral democracy and when it fails it will be used as an excuse not to make any other possibly meaningful intervention.

To meaningfully address and ensure equal representation of men and women in our democracy we need to recognise that an emergency intervention is required in our electoral process.  The intervention should be time limited and at a local level which is where most people first engage in the political process and where most TD’s serve their apprenticeship.  A quota of seats in Local Authorities should be introduced for a finite period of time e.g. two electoral cycles/ten years.  The quota should apply to seats, not candidates so to actually effect a change.  An equal number of seats in every local council chamber should be guaranteed equally to men and women e.g. 40% for each.  The legislation should have a sunset clause of no more than ten years from when it is passed.  This would directly result in an increase in female representation in our democracy and create an increased pool of females ready to contest for the Dáil.

A meaningful intervention, like this, if incorporated in legislation would effectively deliver a real and meaningful increase in female representation in our democracy and true democratic equality for men and women.