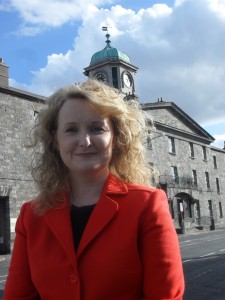 The Grangegorman Development Agency recently lodged two planning applications to Dublin City Council (DCC) for two major academic buildings for Dublin Institute of Technology (DIT) as the next stage of development of the Grangegorman campus. It was a unique honour for me to voluntarily serve on the GGDA Board and the first Community Consultative Committee.  I am truly delighted the current Government after an initial wobble ultimately had the good sense to continue support for this project.   It is a flagship project that creates a worldclass urban education, health, sporting, cultural and community campus in the heart of our constituency and the heart of our capital city.

The campus opened to the first 1000 DIT students in September 2014. On completion of these two quads, there will be 11,000 students and members of staff based on the campus. The timing of this opening is scheduled to coincide with the opening of the Luas Cross‐city line, which will serve the campus. Separate planning applications have been submitted to DCC for the Central and East Quads. The applications will be considered under the site’s designation as a Strategic Development Zone (SDZ). The two new technologically‐advanced education buildings will be developed via the Public Private Partnership (PPP) model. The construction on the two quads is expected to take two years to complete. During this time up to 1000 new jobs will be created in addition to further investment in urban regeneration of the Grangegorman area.

Planning permission is being sought for the following: The Central Quad incorporates state of the art facilities for a total of ten DIT schools from the Colleges of Science, Health, Arts & Tourism, and Engineering. Whilst largely being a college facility for the provision of teaching and learning, the Central Quad will also have an element of public and industry engagement with space for the delivery of conferences with a particular emphasis on the Sciences. It will be located in the west of the Grangegorman campus, adjacent to what will become the Academic Hub of the new Urban Quarter and close to the North Circular Road entrance. The East Quad will be a centre of excellence for Creative Arts; Media; the Conservatory of Music and Drama; and Social Sciences, Languages and Law. As such it will form part of the vision for a wider “Social and Cultural Heart” of the DIT Grangegorman campus, alongside the Student Hub. The East Quad will be located close to the LUAS stop at Broadstone, and will provide opportunities for exhibitions, music and drama performances.  The vision is to create a space that will showcase the talent of students and staff at DIT and invite the public to engage with the new Urban Quarter discovering and participating in the arts and culture of the site.

The overall Grangegorman Project will see the development of a unified campus for DIT, consolidating up to 40 buildings onto a single site for the first time in its history. DIT is one of the largest higher education institutions in the state, representing some 10% of all third level student places in Ireland. It is great for us to have it here in the heart of Dublin Central.  It is imperative that local people get full advantage of the campus development from employment during construction through participation in education and employment in education and service delivery in the future.