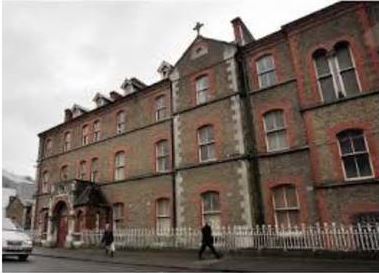 Mary Fitzpatrick has called on Dublin City Councillors to reject the proposal to sell the site and to back her proposal to retain the last remaining Magdalene laundry on Sean McDermott Street in public ownership and develop it for desperately needed affordable housing, community services and a memorial to the Magdalene survivors.

The Local Representative was commenting following a meeting yesterday of the North Inner-City Community Coalition.

Mary said, “This prominent two-acre site was given to the state as compensation for the horrors endured by women in the Laundry.  It is shameful that the state has for years failed to develop this valuable public asset and use it to address the chronic social and economic need for affordable housing in Dublin Central.

“There are more than 2,000 people on the city council housing list in this area.  Private renting in Dublin Central has become totally unaffordable for working people.  Every B&B and Hotel in the area is stretched to capacity trying to meet the need for homeless accommodation.   Working teachers, nurses and entrepreneurs in Dublin Central are having to commute long distances from Kildare, Meath and surrounding counties.

“At a time of such acute housing need it makes no sense for the state to sell-off valuable land, zoned and serviced for housing in the heart of our capital city to private developers with no obligation or incentive to provide homes for people.

“The City Council says it is being forced to sell the site because the Government will not fund affordable housing or introduce an affordable housing scheme.  This is unacceptable.  The Government has a duty of care to its citizens and its’ continued failure to invest in homes for people in Dublin Central is a complete dereliction of its duty.

“The State must make a full and meaningful commitment to the regeneration of Dublin’s North Inner City and reject the sale of the site.

“This Government’s PR led approach to the north inner city has done very little to address the root causes of social problems in the inner city.  This site could act as a catalyst for the regeneration of the area and contribute to addressing the serious housing poverty that exists in the north inner city.  This site presents a unique opportunity for the state to create affordable, sustainable homes in the heart of our capital city.

“The proposed sale of this prime land underscores the necessity to establish a Statutory Development Agency dedicated to the regeneration of the north inner city, as proposed by Fianna Fáil.

“The  Dublin North Inner City Development Authority Bill 2018   will require a statutory body to adhere to a minimum ten-year commitment to regenerating the area and will be fully accountable to Dáil Éireann.

“It is unacceptable that the needs of the people of Dublin Central continue to be ignored by our Government despite such an opportunity to kick-start the long-promised regeneration of our community” she concluded.