This is a very big decision for me and my family. It is both a huge opportunity and challenge. I take great encouragement and strength from the fact that some Fianna Fail members and Councillors are supporting my candidacy and I thank them for putting their trust and faith in me.

Like a lot of people in the 80’s and for far too many again today I had to emigrate. Although I grew-up in a political home and was involved in politics from a young age I spent many years working in Europe and new York before returning to Ireland and first seeking election in 2004. When I first stood for public office, I did so because I wanted to use politics to make a positive contribution to my community and my city.

For the past 10 years I have dedicated myself to working fulltime for my constituents on Dublin City Council. I have campaigned for real political reform, housing, value for money for public services, supports for small businesses, education, equality and the environment. Most of that time I have been on the opposition benches but it has not stopped me calling the parties controlling Dublin City Council and indeed our national government to account on issues such as water metering, property tax and removing access to resources for the disabled.

The European Union plays an increasingly important role in Irish society in terms of legislation and structural funding. Over the next five years the European Parliament will pass laws that will affect the lives of Dubliners and approve budgets that can make a real difference to the lives of Dubliners. If selected as a candidate and elected as an MEP, I will use my experience as a public representative, as a campaigner and as an experienced International business person to fight for the best outcomes for Dublin. If successful, I will act as a conduit between the people of Dublin and the European parliament. 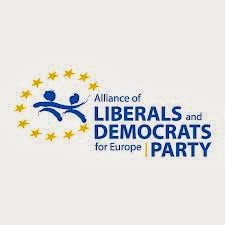 to ensure that the needs of our city are recognised and catered for. Dublin needs an MEP that will help open doors and facilitate positive change for Irish interest groups. Dublin needs an MEP that will make the European parliament more relevant to its people. I believe that I am the person for the job and that is why I am seeking Fianna Fail’s nomination to contest the European Election in May 2014.  Mary