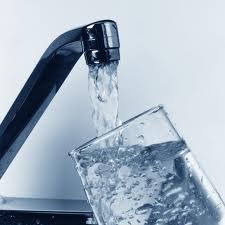 Ministers gave assurances in April 2013 that Irish Water consultancy costs would be strictly controlled and they should now own up to their role in Irish Water fiasco.
In today’s Sunday papers Finance Minister Brian Hayes says that Irish Water is a “PR disaster”. His comments highlight the unacceptable fact and inescapable truth that the Minister and Government are more concerned with PR and spin than they are with good governance.
Minister O’Dowd has called on Irish Water to disclose a full list of consultants and external companies engaged by Irish Water and the associated costs. By calling for this the Minister is trying to give the impression that this is all news to him. However that is not the case. Early last year when, myself and other FF Councillors began to have concerns about the Ministers plans to transfer water services to Irish Water, I asked Micheal Martin to raise our concerns by way of Parliamentary Question.
On April 17th 2013 Minister O’Dowd provided a longwinded reply in which he stated that “External service providers, appointed ……………….. would be subject to rigorous assessment prior to being incurred and to strict control procedures with a view to ensuring that the required work is undertaken in the most economically advantageous way.” Click here for a copy of the questions and the full reply.
The Minister’s reply gave a clear commitment to the leader of the opposition and the Dail that he would ensure there would be “rigorous assessment prior” to any spending and “strict control procedures” would be put in place when it came to spending on consultants to set-up Irish Water.
So the question is, what did the Minister do? What was the assessment process that concluded it was “economically advantageous” to spend €100million to create Irish Water so that it could contract the same local authorities that were already delivering water to continue delivering the same water with no improvement in quality or supply? What “assessment” led the Government to spend €100million so that they can increase water charges for businesses and introduce water charges for homes? What “assessment” led the Government to spend €100m to strip local authorities of valuable public assets and saddle local authorities with continuing liabilities and debt?
There is no business case for Irish Water. The Minister ensured Irish Water is exempt from Freedom of Information legislation which makes this super quango unanswerable to the general public. What is most concerning for the general public is not so much the Government’s blatant PR spin but that it is them who will be paying for generations for these Ministers mistakes. That senior members of the Government only now appear to be copping-on to this fiasco is alarming if true.  Mary