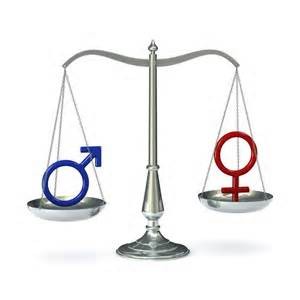 As a politically active woman who wants equal representation of men and women in our democracy I should welcome any initiative that contributes to that goal.  As a member of Fianna Fail I should enjoy Fine Gaels self-inflicted embarrassment caused by their leading TD in Dublin being defeated, by their own members, at convention to select candidates to contest the next General Election in Dublin Bay North.  However because I am a republican and because I believe in and champion equality I must be honest and call for the Governments “Gender Quota” legislation to be scrapped immediately and replaced with more effective legislation.

Dublin Bay North is a five seat Dail constituency where Richard Bruton is the only elected Fine Gael TD. Richard Bruton has been consistently re-elected in every election since 1982.   By any standards that is no small electoral achievement.  Richard Bruton has not been the subject of any obvious moral, financial or political scandal; he is a highly visible minister and to the best of my knowledge has expressed no recent interest in retiring. Yet when given the opportunity to select two candidates to contest the next General Election Fine Gael members rejected Richard Bruton instead of two people who never previously succeeded in a General Election. The driver of this dysfunctional behaviour is the Governments own “Gender Quota” legislation introduced last year by Phil Hogan.

The Governments’ “Gender quota” legislation requires all political parties to field minimum 30% female candidates at the next General Election or face a significant cut in its state funding. The Government’s “Gender Quota” legislation is dangerous, fundamentally flawed, totally counter-productive and an attack on democracy. It should be scrapped immediately and replaced with legislation that will meaningfully address the damning inequality of Ireland’s electoral representation.

The Governments “Gender Quota” legislation is dangerous because it pretends to address the serious issue of female underrepresentation in our electoral democracy and when it fails it will be used as an excuse not to make any other possibly meaningful intervention. Females have never accounted for more than 15% of all TDs elected to any Dail. Ireland ranks an embarrassing 22nd out of 27 EU States for equality of representation.

The Governments “Gender Quota” legislation is fundamentally flawed because it fails to address the issue of female under-representation in Irish electoral office and will not guarantee even one extra female representative in the next Dail.

The Governments “Gender Quota” legislation is totally counter-productive because it will see political parties use females to contest seats just so the male dominated political parties can secure future funding for their de facto monopoly. This deliberate political electoral abuse of females should be condemned and rejected.

The Governments “Gender Quota” legislation is an attack on democracy because it causes perverse behaviour like that witnessed at the convention in Dublin Bay North where a proven, successful and democratically elected candidate is rejected in favour of unsuccessful female ones.

To meaningfully address and ensure equal representation for men and women in our democracy change should begin at a local level which is where most people first engage in the political process and where most TD’s serve their apprenticeship.  The quota should apply to seats, not candidates so to actually effect a change.  An equal number of seats in every local council chamber should be guaranteed equally to men and women e.g. 40% for each and the remaining 20% gender neutral.  The legislation should be a temporary emergency measure similar to other emergency legislation introduced to address specific crises problems.  The legislation should have a sunset clause of no more than ten years from when it is passed.

Meaningful legislation like this would not only deliver on the Governments, so far empty, promises of political reform it would also save their blushes at conventions all over the country, save hundreds of good women from being used and abused by political parties.  As a bonus it would actually deliver a real and meaningful increase in female representation in our democracy and true democratic equality for men and women.