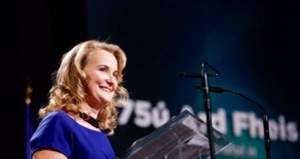 As someone who intends contesting the next General Election in Dublin Central, and in advance of the Fianna Fail Ard Fheis, I read with interest an article by Harry Magee in today’s Irish Times that questions the future electoral prospects of Fianna Fail.
As a lifelong member I am certain that nobody in Fianna Fail expected Fianna Fail’s recovery to happen overnight. Though, more than four years on from the 2011 General Election wipe-out, it is hard to deny concern that the party has missed opportunity after opportunity and recovery appears increasingly more elusive.
Fianna Fail’s senior strategists should stop being defensive, recognise its failures, and change its electoral strategy if it is to stave off long term decline and avoid finding itself a small, niche, rural (predominantly male) party after the next General election.
For Fianna Fail to achieve recovery it must first recognise that its’ post 2011 strategy has failed in part. Most notably it has failed in Dublin, which, with one third of the electorate, is key to any national election success. In fact Fianna Fail did worse in the 2014 local elections in Dublin than it had in any previous recent local elections.
Harry Magee’s article says Micheal Martin points to the presence of future candidates at selection conventions as evidence of recovery. However what else could there be but “candidates of the future” at selection conventions? The party was decimated in 2011 and there are no sitting TDs in Dublin or in half the country’s constituencies. So of course there are new faces and there are also longer serving faces. One of the only upsides of the 2011 Fianna Fail wipe-out was that for the first time in generations Fianna Fail has space for new people, fresh energy and fresh ideas. However, to construe the presence of new faces as a sign of real change or real recovery is a dangerous delusion.
Those fresh faces didn’t join Fianna Fail to just make up the numbers or be used to brighten-up media photo opportunities. Those fresh faces joined Fianna Fail to be part of an organisation that can successfully serve their communities. To successfully serve our communities we need to win elections and to do that we need a winning strategy. The strategy of saying it will take one or two elections for Fianna Fail to recover lacks ambition, smacks of arrogance, is out of touch with the feelings of members and supporters in Dublin and is ultimately defeatist.
It is unacceptable for anybody in Fianna Fail to decide it will take until 2021 or 2026 for Fianna Fail to recover – the electorate should not have to wait that long, the electorate and members will not wait that long. The architects of that strategy need to go back to the drawing board instead of embracing defeat.
This could be the last Ard Fheis before the next General Election. The political landscape has changed utterly since 2011. There is a real opportunity at the next General Election to give voters a realistic alternative to the unfair policies of the Government parties of Labour and Fine Gael and the unrealistic policies of the Left. As someone who works hard to serve my community I believe Fianna Fail can offer my community such an alternative however, before it can do so it must re-think its strategy. The experienced old hands should engage in some fresh thinking and together we can succeed for our communities.