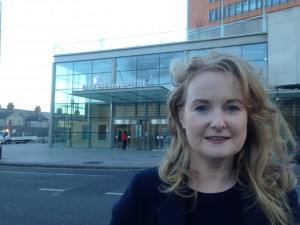 Minister for Health Leo Varadkar needs to explain why the Mater Hospital is this afternoon turning away sick and injured people from its Emergency Department.  This is a state of the art purpose built hospital.  It cost more than €280million and took twelve years to deliver. The only possible reason there can be for telling people to stay away today, less than three years after it was officially opened, must be down to staffing levels and that is the responsibility of the Minister. He controls the funds. It beggars belief that a public facility built to the highest and most up to date standards cannot cope with patients.  When the doors opened in 2012 we were promised the new hospital would result in reduced waiting times for theatre, outpatient and accident and emergency services and would provide increased privacy, dignity and comfort for patients. Now less than three years on and under the mis-management of the current administration it appears we were sold a pup. That or there has been a monumental waste of public money. This is unacceptable to the hard pressed taxpayers of Dublin Central who deserve answers to what has gone wrong. The Minister must explain what has gone wrong?  Why are the sick and injured being told to stay away from the Mater Emergency and what action he will take to re-open the hospital to the public? I have asked Fianna Fáil spokesperson on Health to raise this issue with the Minister in the Dáil.