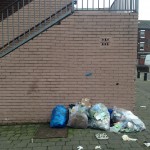 As leader of the Fianna Fáil group on Dublin City Council 2009-2014 I strongly opposed the privatisation of domestic bin collections in Dublin City because there was little transparency of pricing and it abolished the bin waiver scheme for 40,000 low income households.  The next Dáil must address and correct this flawed policy decision.  If I am elected to the next Dáil I will work to introduce regulations to address the lack of transparency and consistency of bin charges in Dublin and to re-introduce a bin waiver for low income households.  Labour and Fine Gael’s decision to back the privatisation of domestic bin collections and abolition of the waiver was ill thought out.  Ever since private domestic bin collections were introduced residents in Dublin Central have had to learn to live with constant illegal dumping on their streets. The next Dáil must first establish transparency and consistency of pricing from all the private operators so that consumers can compare pricing plans and obtain best value. Secondly, a bin waiver must be introduced for low income households who just cannot afford to pay. Thirdly, consumers must be financially incentivised to reuse, reduce and recycle. Finally a mechanism must be put in place for apartment dwellers and those living in areas where they cannot store wheely bins to ensure that they get fair pricing and charging as it is not possible to weigh their household waste.  Residents have to undertake community clean-up days to try and deal with the increased illegal dumping caused by the decision to privatise collections. Homeowners and residents in Dublin Central pay some of the highest property taxes in the country and are angry that the most recent regulations introduced by Labour Minister Alan Kelly are going to further increase illegal dumping in our area.  The new regulations state that all charges will be based on weight which effectively means for the first time residents are being financially penalised for disposing of their waste through recycling. This makes no sense to most households. Constituents are rightly asking why they are being paid not to conserve water and at the same time charged to recycle rubbish.  .