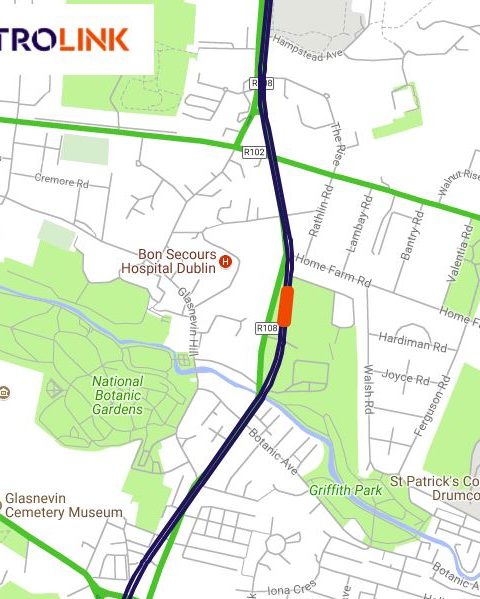 Fitzpatrick said “Traffic congestion in the city is a major problem for residents, businesses and tourists so this infrastructure could be a real positive.  However, the announcement should be treated with a certain scepticism and might be just more empty Government spin and electioneering.  After all this is only one of many announcements of Metro North which has been repeatedly announced and cancelled and even shelved by the Taoiseach when he was Minister for Transport”

“I strongly welcome and support any initiative that will address the deficits in city transport.  However, I have very serious concerns over the proposal by Transport for Ireland and the National Transport Authority to take over the main playing fields belonging to two local sports clubs at the heart of Dublin Central; Na Fianna GAA club and Homefarm Football Club.

“The proposal is an unprecedented attack on a voluntary, not for profit, community organization that teaches young people Gaelic athletic skills, discipline, loyalty, friendship and respect.  These are things money can’t buy.

“While there is no denying that an infrastructure project of this scale necessitates some inconvenience, the Government has totally underestimated the impact taking these pitches will have on both clubs.  They have insulted the voluntary members by making an ignorant, insensitive and unacceptable proposal. “

“Na Fianna GAA Club and Homefarm FC have been at the heart of in our community for over 60 years.  No other community in any other part of the country would be expected to sacrifice such a vital community facility and Dublin Central shouldn’t have to either. There are plenty of suitable alternatives.  There is a €3billion price tag to this project.  An alternative can and must be found.

“I have raised my concerns with the NTA and TFI and asked that they examine alternative sites for use in the construction of the Metro North.  I have raised the issue with Michéal Martin TD and leader of Fianna Fáil who has pledged to meet, support and work with me and Cllr Paul McAuliffe to save the clubs.

“These legitimate concerns must be adequately addressed BEFORE Metro North, which can provide a vital service, to Dublin Central goes ahead.”

You can view the proposed route at HERE